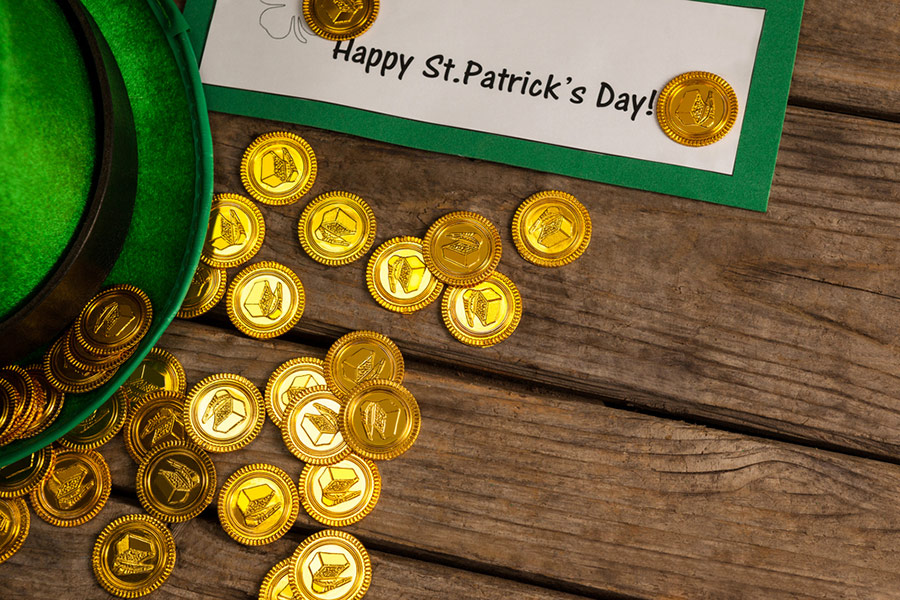 St. Patrick's Day has been a popular holiday for hundreds of years, but many aspects of it remain shrouded in mist as thick as pea soup. From leprechauns to shamrocks and shillelaghs, there's more to the symbols of St. Patrick's Day than meets the eye. Here's your chance to impress your friends with your knowledge of St. Patrick's Day's most colorful symbols and traditions.

Everyone knows leprechauns as little green creatures that make shoes and mischief. While part of this depiction is accurate, other parts have changed over time. For example, the earliest folklore depicts leprechauns with the same knee breeches, buckled shoes and ruffled shirts that we see in modern advertising. The difference is that until the last century, leprechauns wore red coats. Whether they were pinched for doing so is still unknown.

Shillelaghs Were Once Used in Duels

In the 19th century, while gentlemen in England and America were dueling with pistols, the Irish were using their walking sticks. Made from either oak or blackthorn, these shillelaghs were dried in chimneys and were often weighted with lead. Shillelaghs continue to be used in Irish martial arts, but the idea of two gentlemen squaring off at dawn with these funny sticks is strange to say the least.

In Times of Famine, the Irish Used to Eat Shamrocks

The shamrock is one of the best-known symbols of St. Patrick's Day, but it is not often associated with famine. In fact, as early as the 16th century, English writers were describing the Irish practice of eating shamrocks when food was scarce. Of course, famine is what brought so many Irish people to the United States during the 19th century, and St. Patrick's Day is celebrated here as a result.